We had the pleasure of collaborating again with Daimler to create this  set of 3 future scenarios of urban futuristic living and mobility. This set of images focuses on 3 distinct global urban areas of growth. 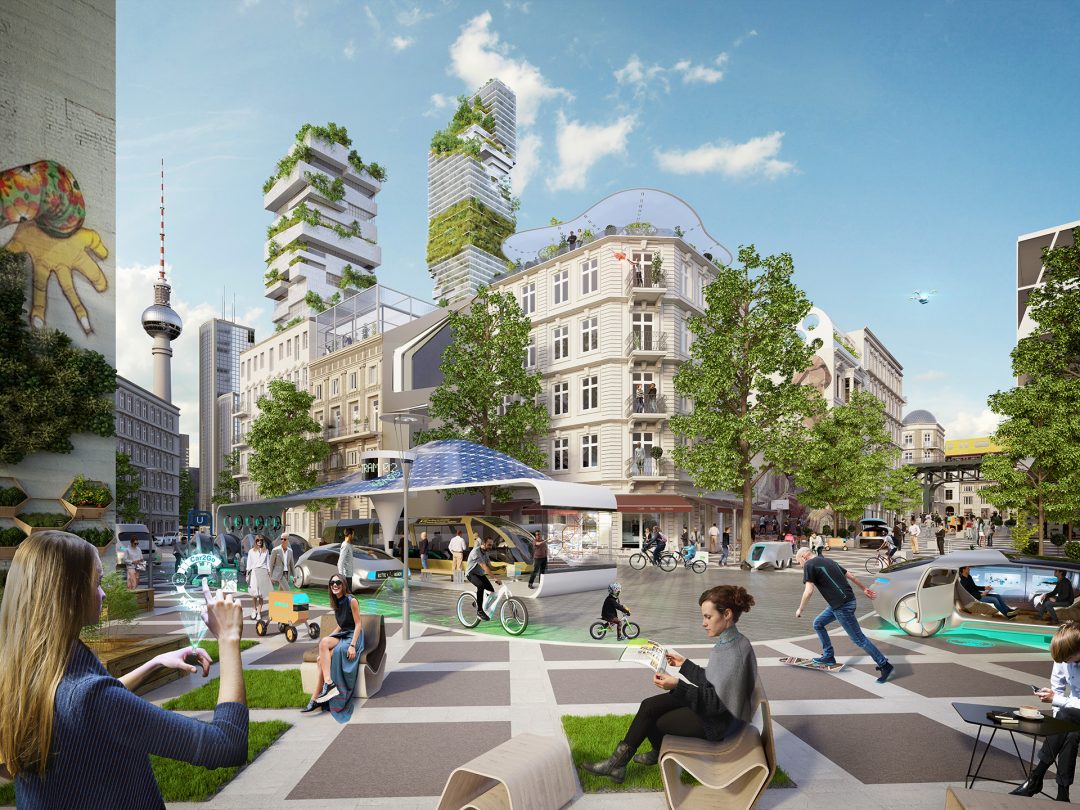 The Berlin scenario has a strong focus on integration of future technologies into existing urban structure which in the case of a european metropolis has a century old history. It shows how futuristic trends could improve historic city centers by distributing and democratising individual transportation and relaxing current traffic congestions.

Through the use of small automatic shared vehicles the city is blurring boundaries. Urban climate and available public domains improve since the individually owned car is vanishing and being replaced by shared forms of traffic. Moreover vehicles turned from mere means of transportation into real social spaces as soon as the need for human steering falls away. Cars turn into meeting spaces or true mobile offices. 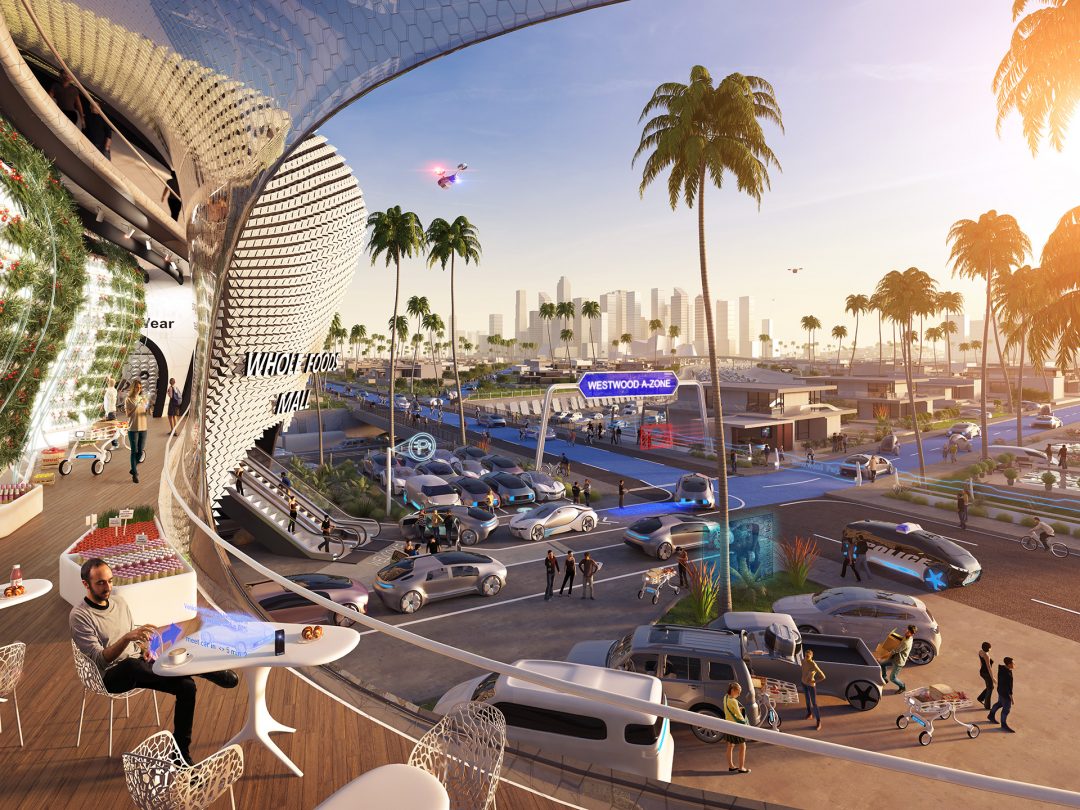 The Los Angeles Scenario obviously depicts a city that is through its classical american urban structure is dependent on individual mobility. Still the urge to turn the US-metropolis into an area of quality demands zoning regulation. Central areas will turn into green areas that only allow pollution free vehicles which benevolently coexist with bycicles, e-bikes, hover boards and pedestrians. Additionally automatic vehicles might encourage an intensified use of mobility since vehicles now can be “sent” for quick errands. 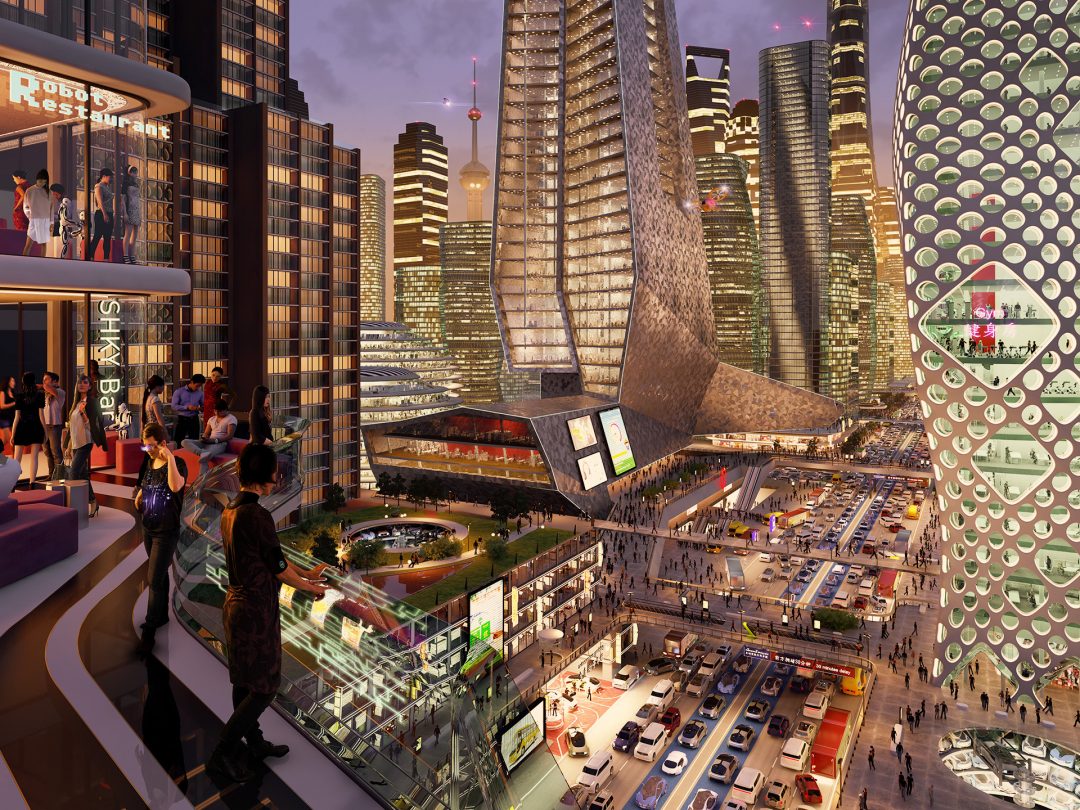 Last but not least the Shanghai scenario is representing urban areas of maximum density. Large congestions of traffic will still be an issue in these areas. Gouvermental attempts to improve the situation by giving out benefits to modern environmental friendly and automatic modes of transportations are part of the urban traffic. Public transport in great variety will fill every gap of possible need and budget. Yet for the fortunate ones these might be areas were individual personal aerial drones become attractive to escape the urban chaos underneath.