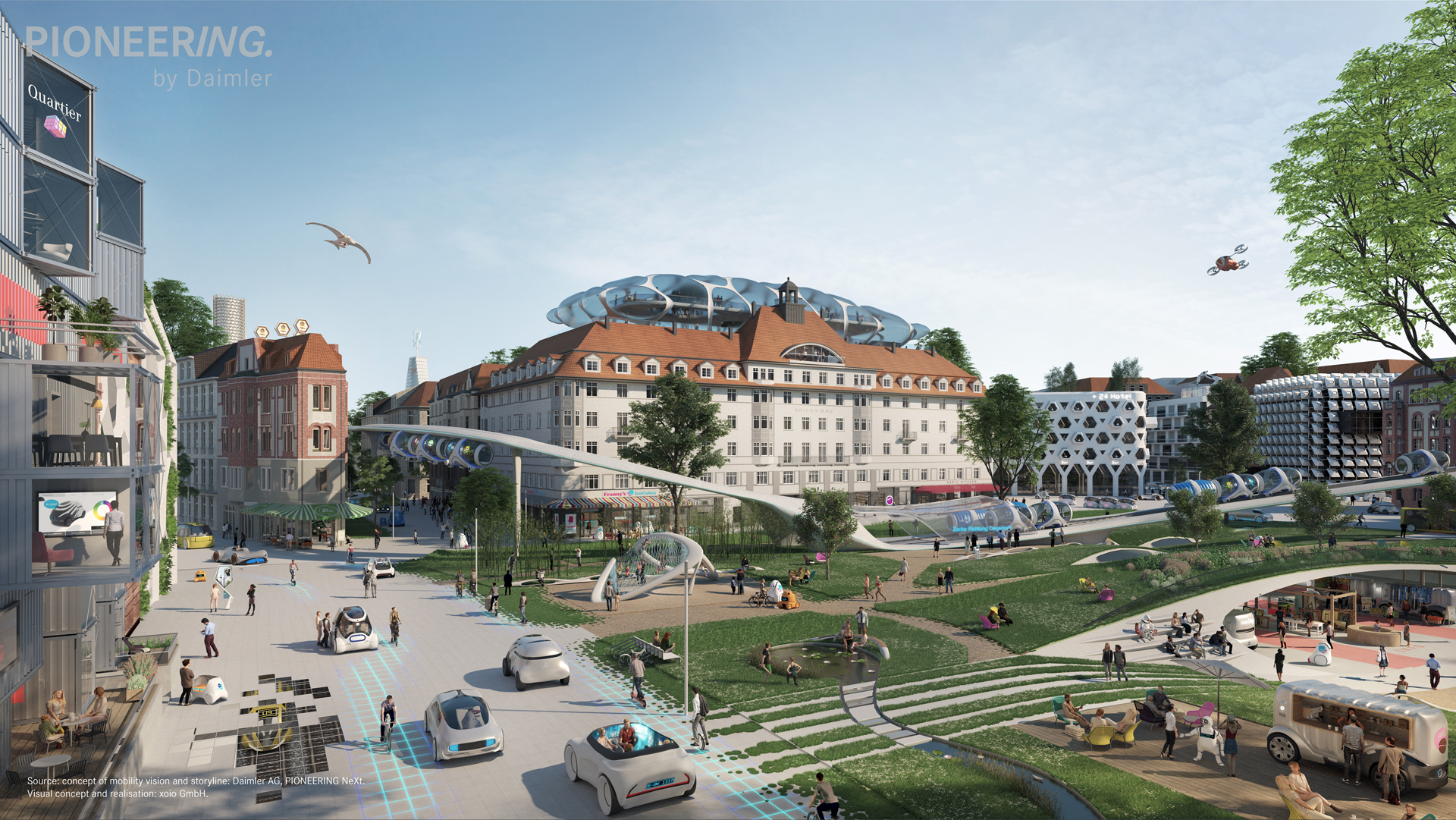 In another successful collaboration with the PIONEERING NeXt department of Daimler AG, this future scenario was developed with a focus on Marienplatz in Stuttgart-Sued – a district in the south of Stuttgart. The square was reopened in 2003 after being renovated and redesigned into a large open space.

Currently, the area around Marienplatz is mainly used as a public transport interchange. Here, the underground network is connected to Stuttgart’s most unique means of transport, the “Zacke” – a rack railway that links the city centre in the valley with the Degerloch mountain station since 1884. The newly renovated neoclassical building “Kaiserbau” adjoining the square exudes a historic flair.

The Marienplatz visualization is already the second mobility vision after the project “Future Scenario Vision Stuttgart 2036 (Charlottenstraße)” with the metropolis Stuttgart as central image content.

At the beginning of the project we discussed with the Daimler futurologists how to enliven the square through careful urban planning interventions, how to integrate new traffic technologies as well as new possibilities for living and working into the naturally grown urban structure. Special attention was paid to the design of the Marienplatz that is perceived as an open space and allows a lot of interaction while still forming the architectural infrastructure to enable a multimodal traffic concept.

The result is a coherent scenario that gives a preview on possible urban space developments, conveys the seamless integration of forward-looking technologies and puts people back in the centre of attention. And as always, the high-resolution motif is richly filled with many narratives that invite to explore the mobility of tomorrow.

Many thanks to all project participants for the great cooperation.