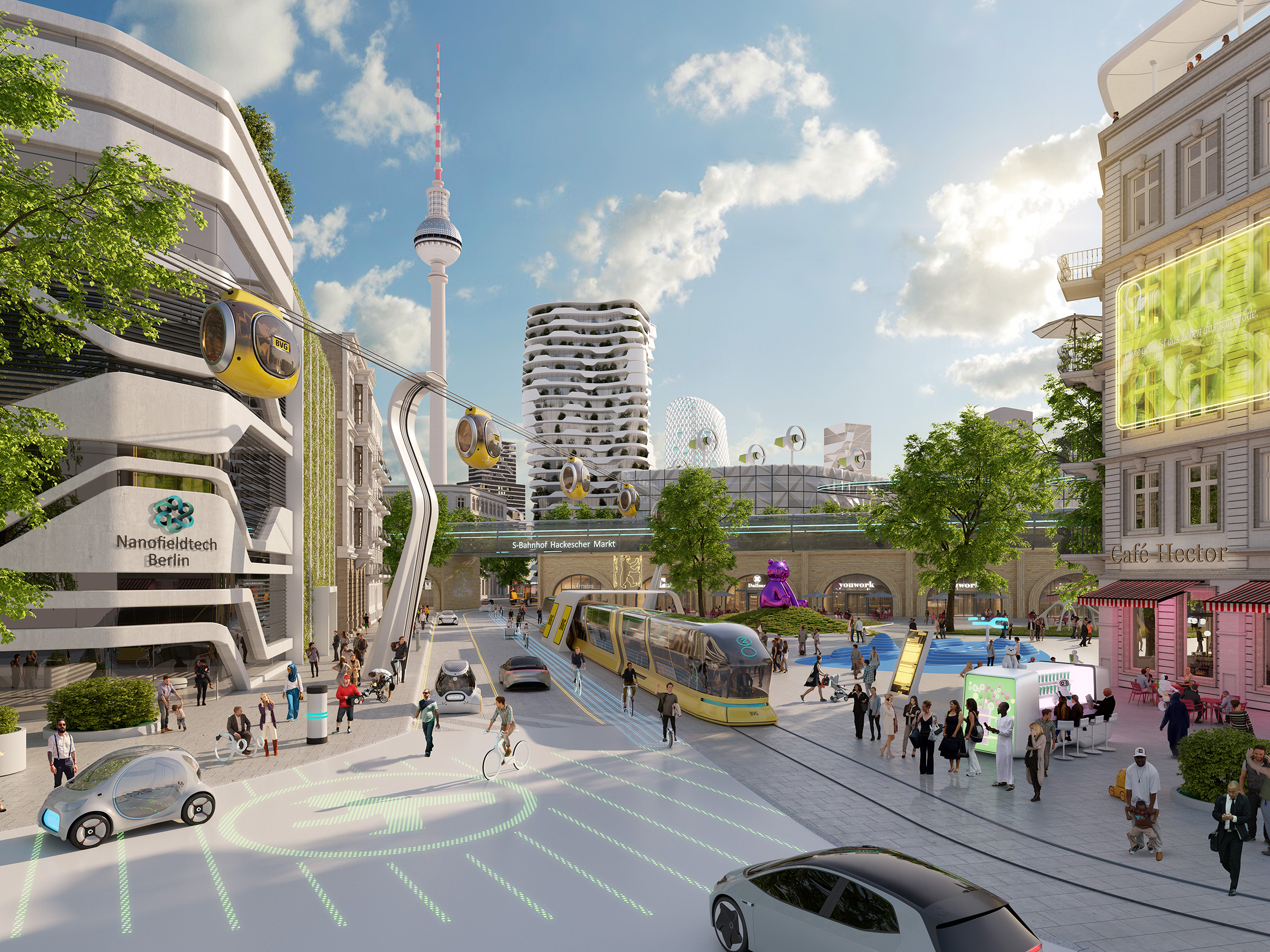 For “Ariadne an der Spree” we did this high-density landscape within the limited timeframe of 1-2 weeks. The illustration was purposed to depict a nearfuture, optimistic Berlin landscape to promote the European fund for Berlin based techcompanies.

It is part of our future scenarios to scout for optimal sites, which are suitable for a fresh look and create a visual anchor that a viewer can identify with. We proposed the “Hackescher Markt” –  a well known corner in Berlin – which is very iconographic and has a good view onto the Funkturm – Berlin’s iconographic radio tower. Addionally the site is quite neglect and would benefit from a fresh new interpretation. 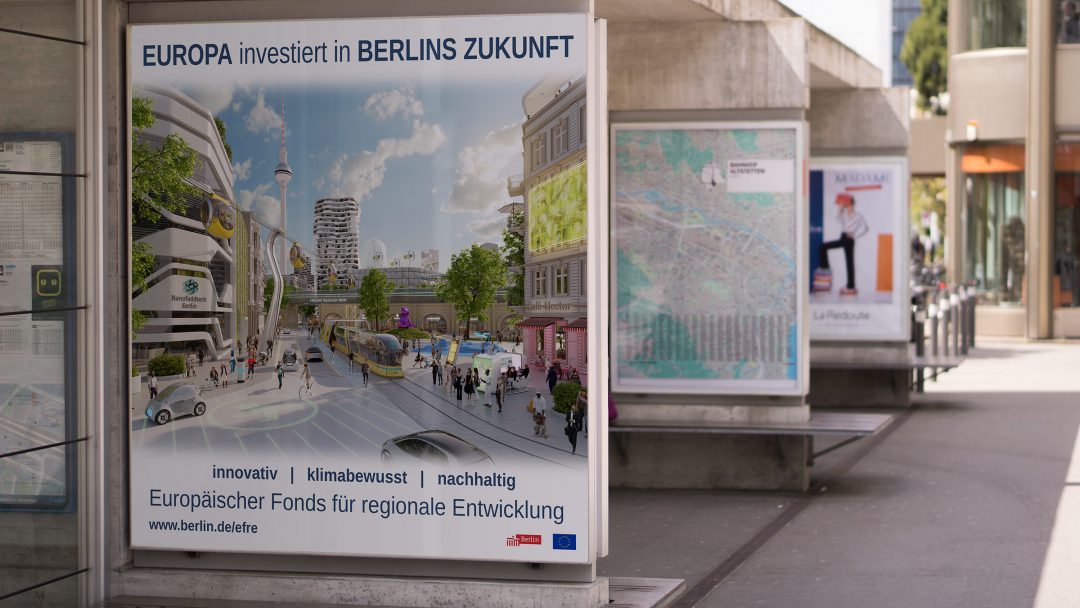 Further cornerstones were a diverse cultural society reflecting the multifaceted street life that Berlin is famed for. Additionally we combined historic urban fabric with some fresh future technology and gave the well known Berlin S-Bahn a new dynamic twist. Last but not least the Berliner Bear is hidden all over the image – can you spot it?

We thank Ariadne an der Spree for the great cooperation!