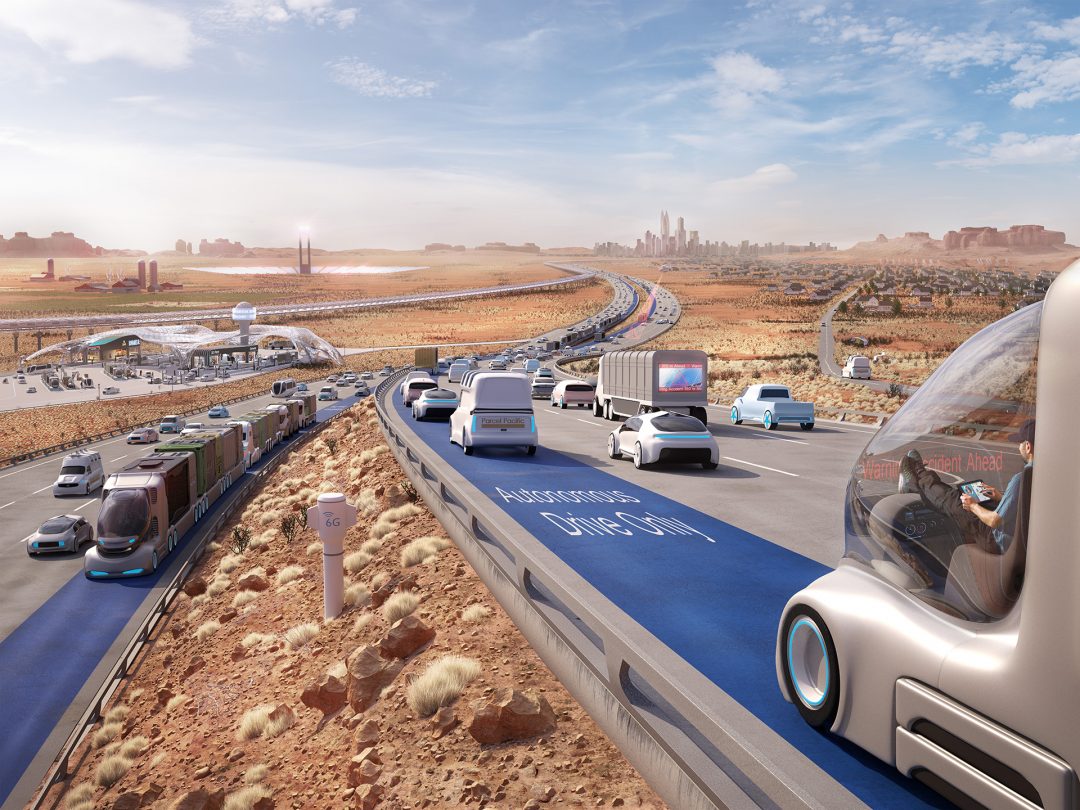 In 2015 we had the pleasure to collaborate directly with the Daimler Logistics department of future research. The team at Daimler is commisioned with bringing together all kinds of future trends, that might possibly influence transportation and logistics of the years to come. This info then is handed on to the engineers and designers of the premium german carmanufacturer to be integrated in future concepts. We are proud that we are able to fill a crucial role in this process by literally visualising the research done. To do this we even developed a unique process and image style resulting in large format images which are packed with little stories revolving around the core team.

The commision depicts chronologically the separate stages of logistics. The first Motiv shown above – USA – shows longdistance truck logistics. A special focus was laid on automatic driving turning the cockpits of trucks into mixed use offices for other employments than driving. Another crucial aspect besides fully automatised deliveries by drones was the aspect of platooning. Platooing is describing the ability of trucks to drive at very close distance to minimize fuel consumption. 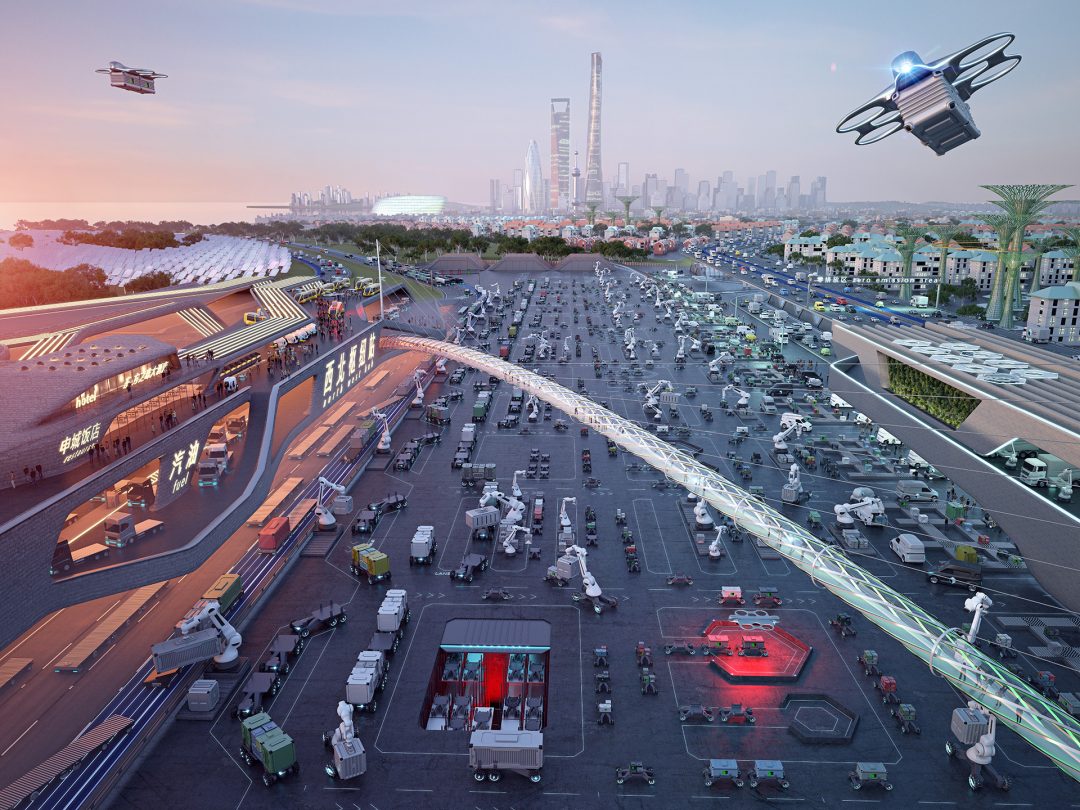 The second image in the series is showing a central hub in an outer rim of an asian metropolis. The hub is a fully automatised logistics megacenter which fragments goods into smaller units and transfers them onto smaller carriers which commute to the inner city. It also clearly symbolises a division between conventional fuels and an emissionfree fuel inner city zone. The complete hub is restricted for humans and operated by drones. 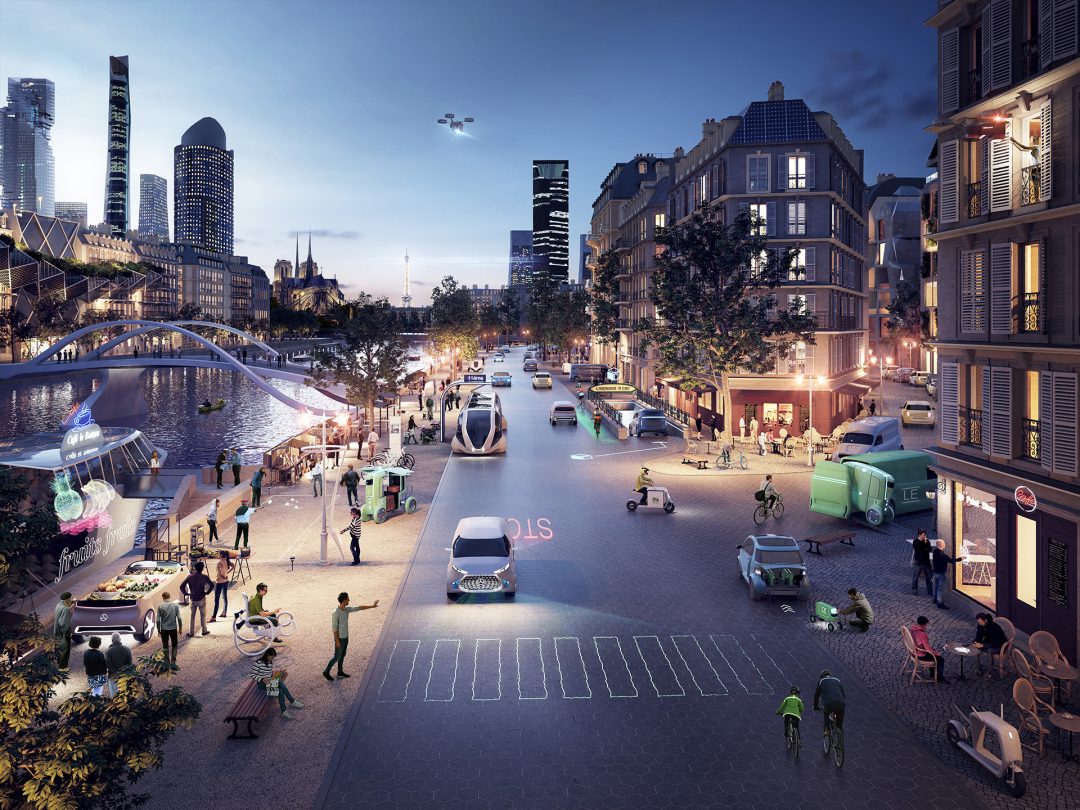 The last image shows an european inner city – in this case Paris – with a high degree of historic architecture. Including existing buildings always is an important aspect of our scenarios since it can be assumed that in future decades old building matter will coexist with never developments. Therefor this image depicts various little narratives how automatic logistic devices integrate into our cities as we know them today.

To achieve the informational density these illustrations were subject to intense collaboration with our client and evolved in several rounds until a rich experience could be realised. We would like to thank Daimler for the very active cooperation. 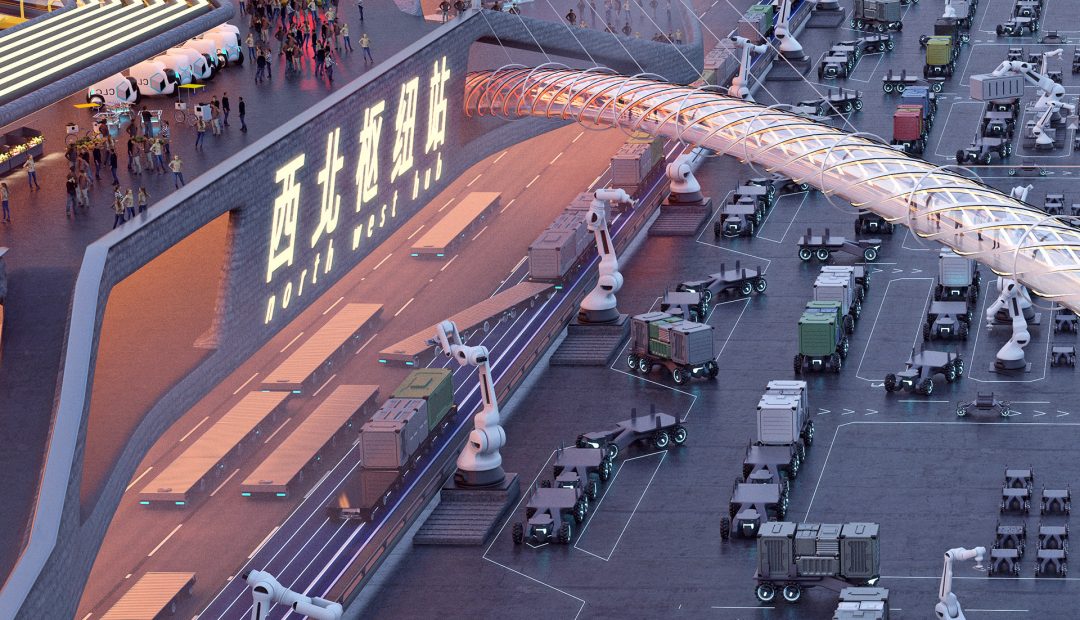 The images were realised in Ultra High Resolution to house all the little stories and details of the scenarios. Here’s a detail of the Asia Szenario