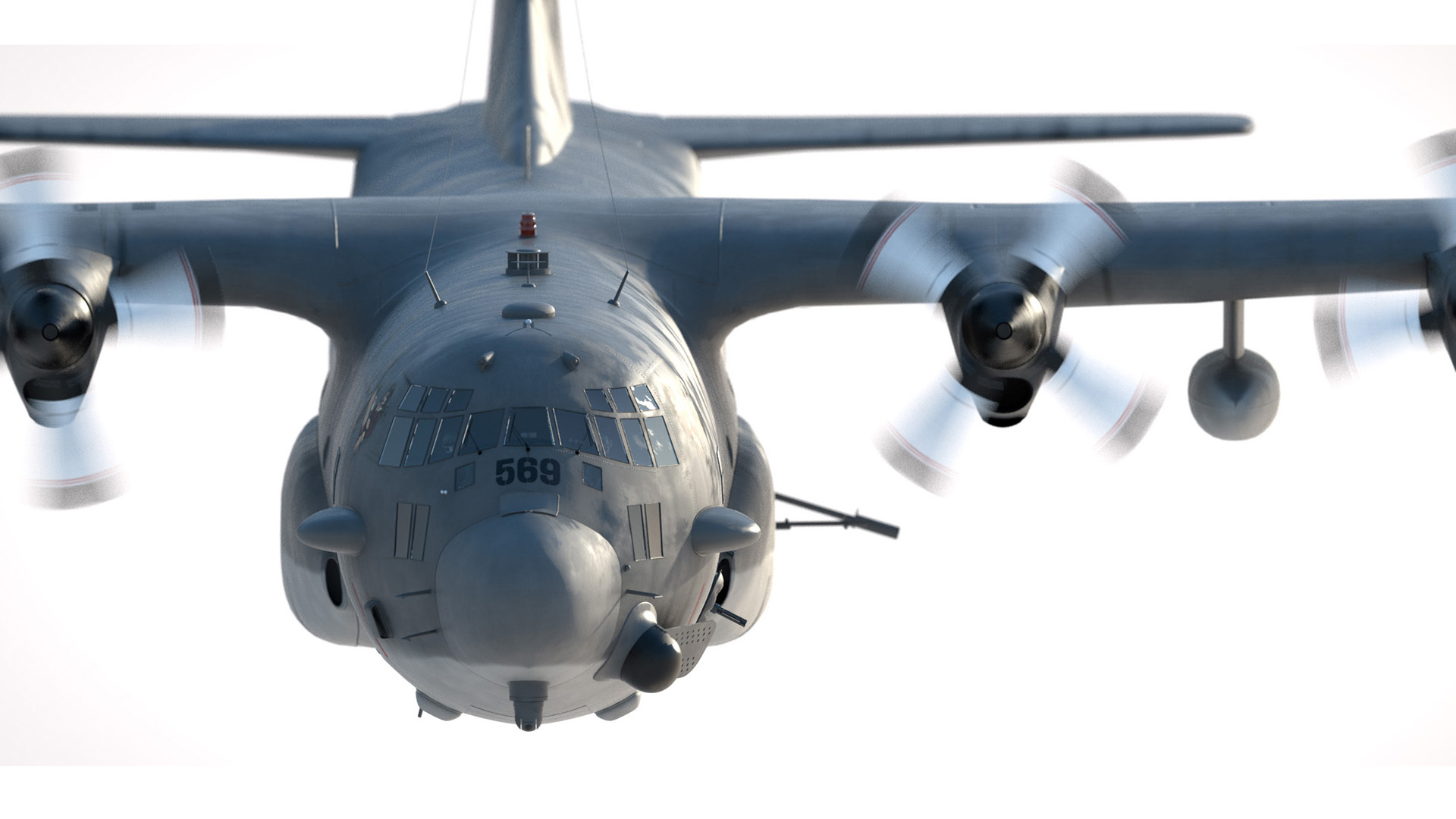 Above the clouds even machines of death look beautiful

The AC-130 was a motive I wanted to realise in CGI a long time agop. So these are some fairly old shots of this dreadnought we animated a good while ago.

I know, these beasts kill people not in the most knightly way by circling above at several kilometers hight. Still I was intrigued by the analogy of this gunship to the ancient ships of the line of the late 18th century. Additionally I can’t deny that fascination that radiates from crafts like the AC-130, that has been in service for 40+ years. Over their immense lifespan diverse little gadgets have been added and modified a hundred times and they still do their daily business.

For further info on the plane, here’s the wikipedia-page.

visualisation of a gunship