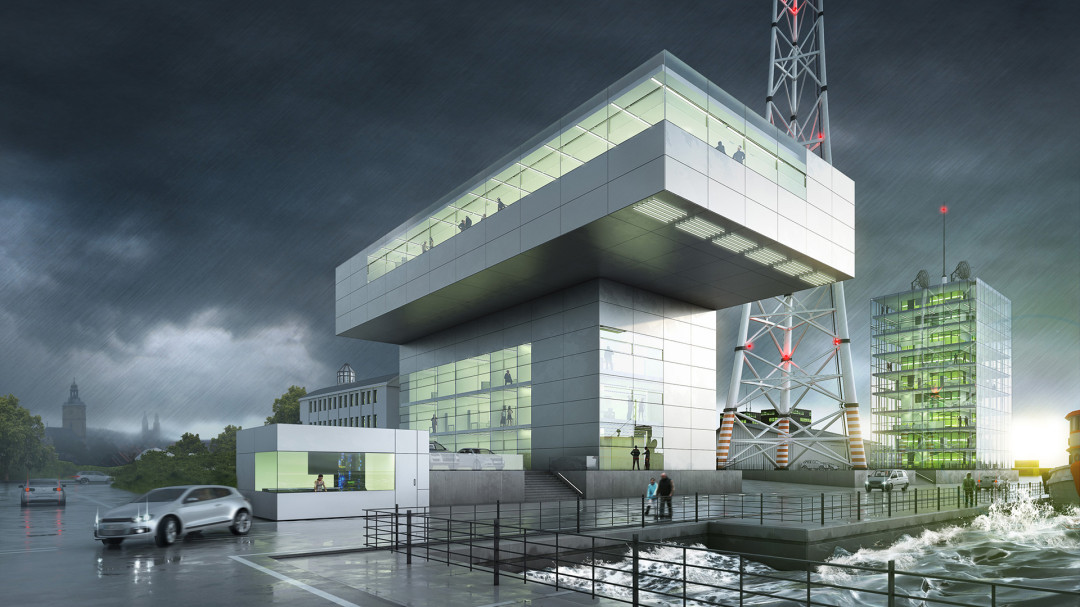 The plot of this architectural competition demanded for a dramatic setting. We were lucky to find in Renderbar a client that instantly went with our idea of a stormy setting. The „Zollamt“ is a building situated right next to the lifeguard station and can probably be read as a watchdog that surveys all ship traffic coming in and out of the harbour area. Obviously it has to withstand the harshest weather conditions.

Some of the weather elements were in fact rendered in 3d, while most have been refined in our postproduction done inhouse. Special focus was laid on the various light-temperatures being generated by the natural ambient light contrasting the greenish light generated by fluorescent medias. The few sunrays direct the viewers eye along the image towards the horizon.

Exterior Illustration for a competition entry