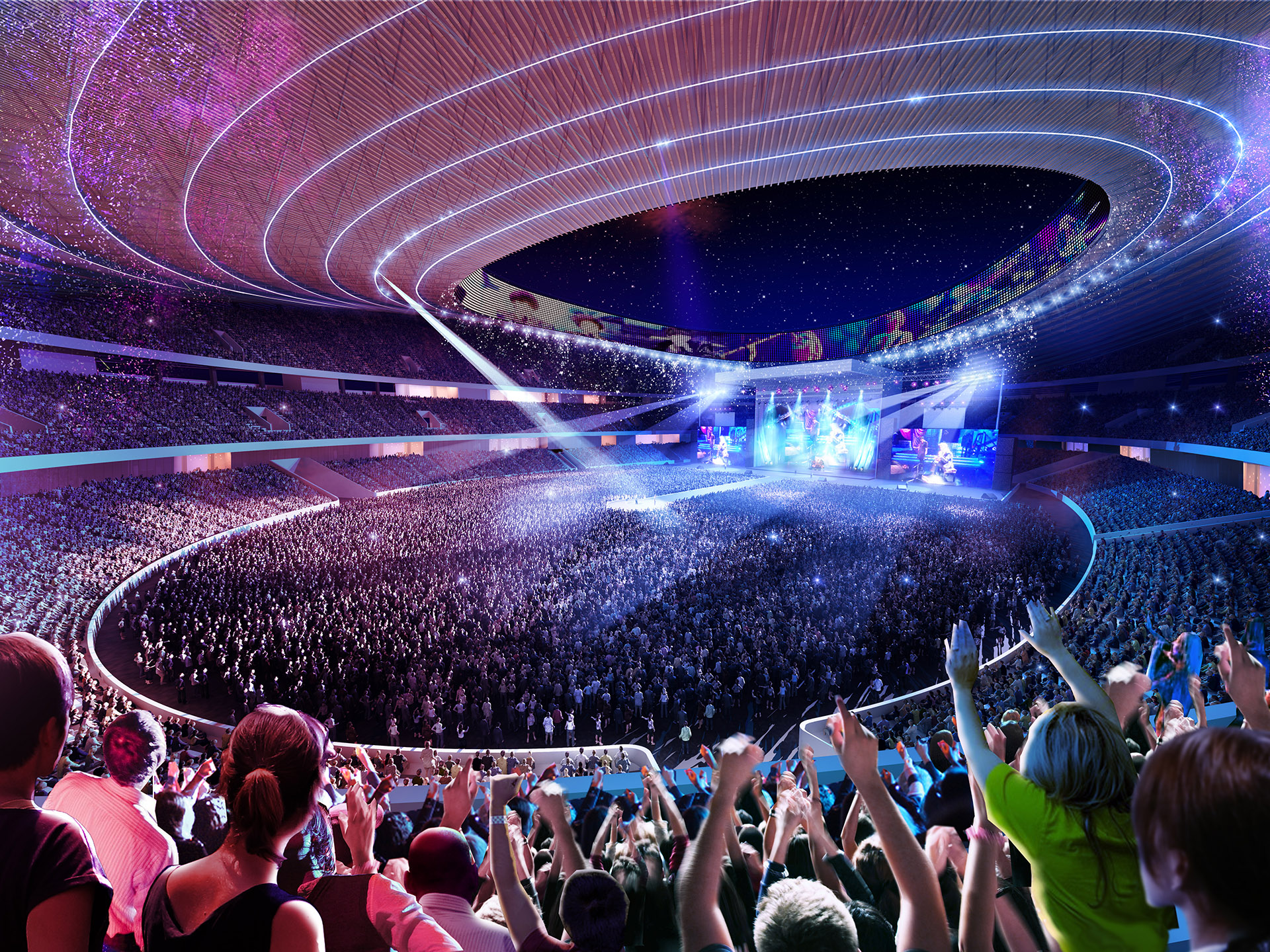 The stadion depicted at the concert scenario

Amongst a highly competitive field of architects an exceptional design was required from GMP-architects. “Gerkan Marg and Partner” entered the competition with an ambitious design which featured seamless transitions from the olympic campus onto the accessible roof structure. An equalliy exceptional level of quality for the illustrations was demanded in our brief, since the illustrations were considered as decisive to winning  this competition.

Every illustration of the set was unique in content, perspective and atmosphere – ranging from subtle morning moods to spectacular night-events. In an extensive postproduction-process the final level of mood was achieved for this image set. The interiors were realised in 3 different scenarios – soccer, athletics and concert – to illustrate the flexible nature of the architecture. 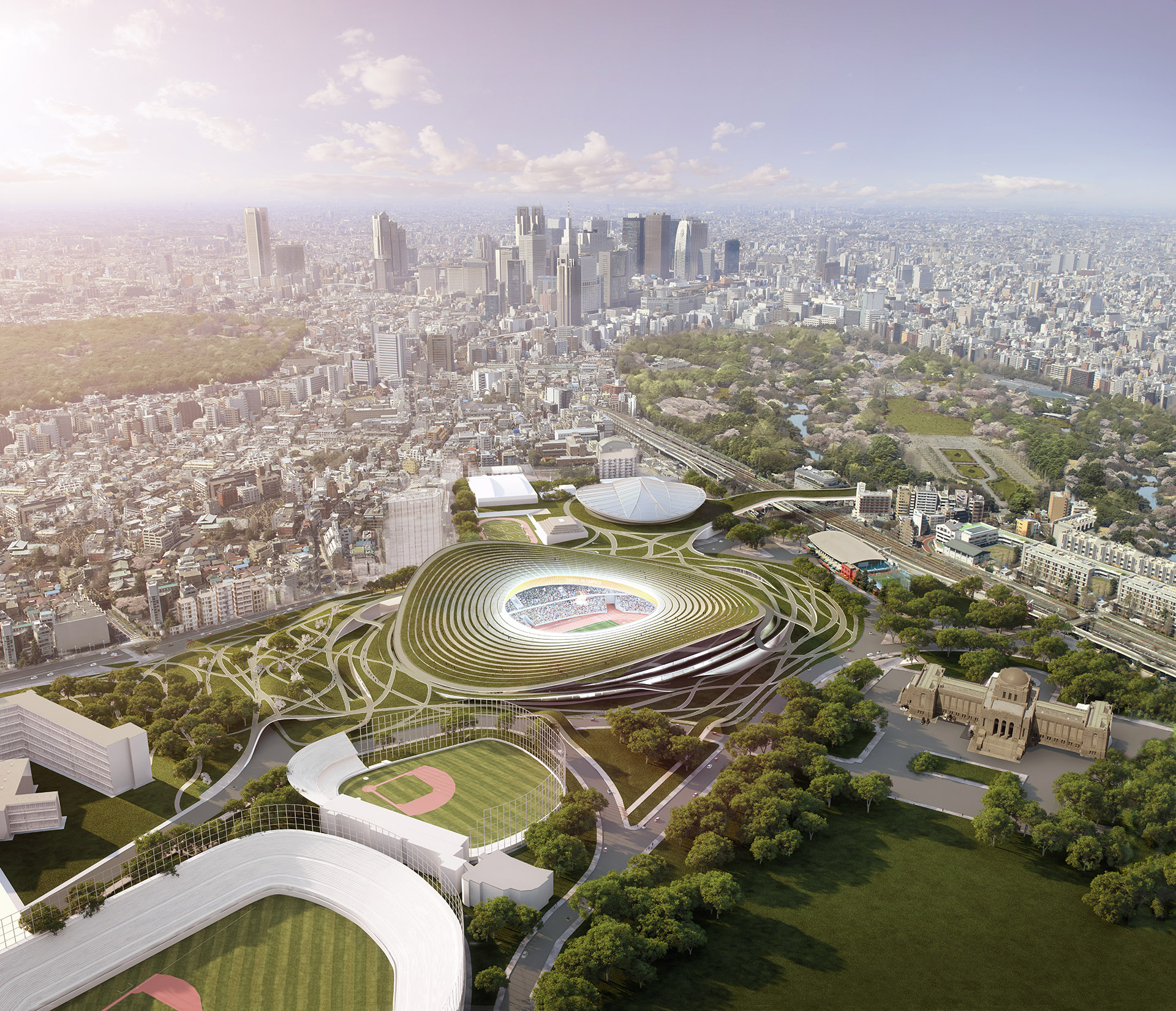 Representing 10.000 spectators obviously was a challenge for our 3d. We decided to realise the crowd to biggest extends by CGI-people, to to maintain flexibility and allow our client to keep touch with our illustration process. Yet at the high resolution, enough diversity was required, so we decided to use photographic people for the foreground.

Thanks to GMP for this exciting project, which already found wide recognition online. 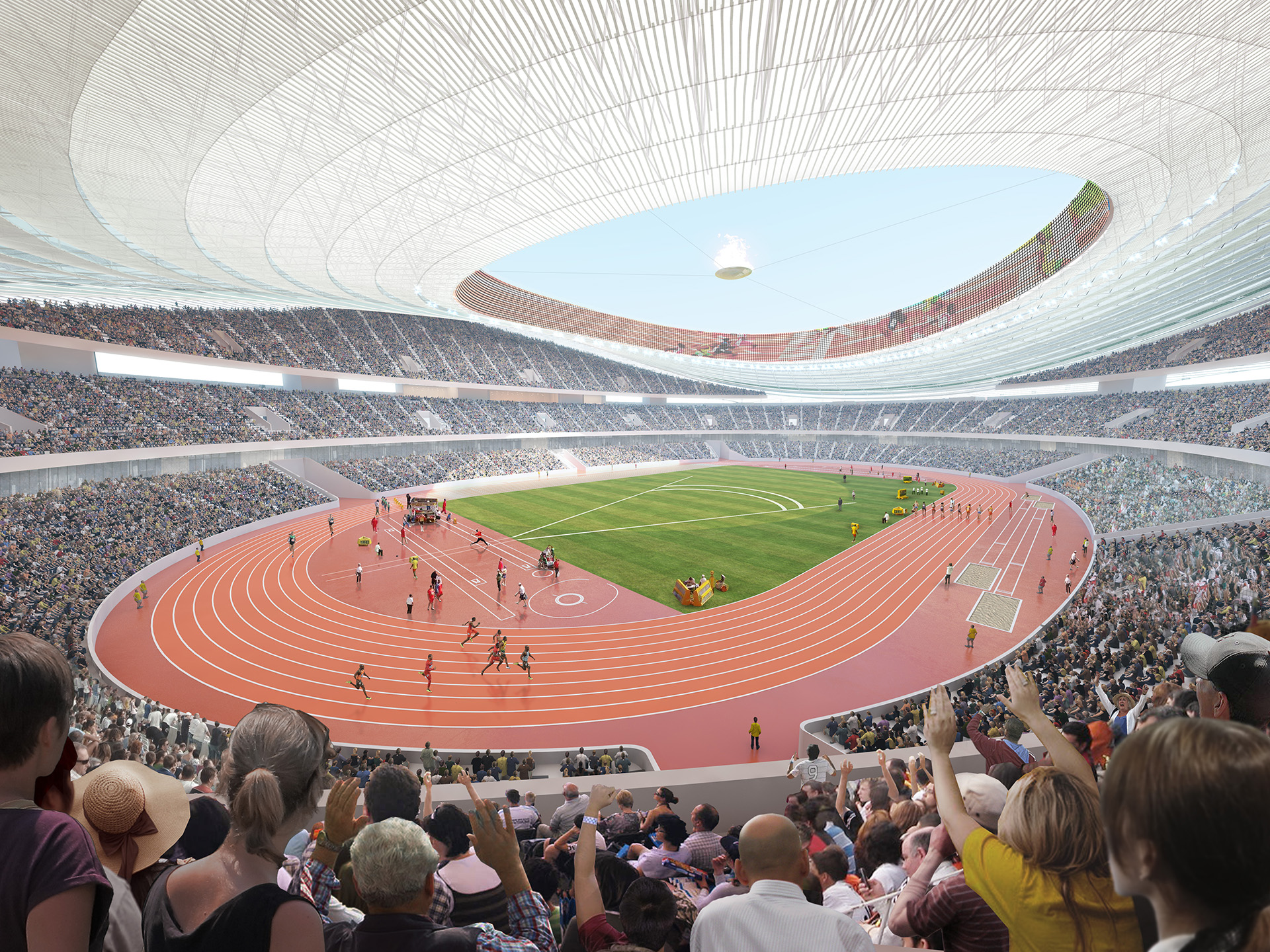