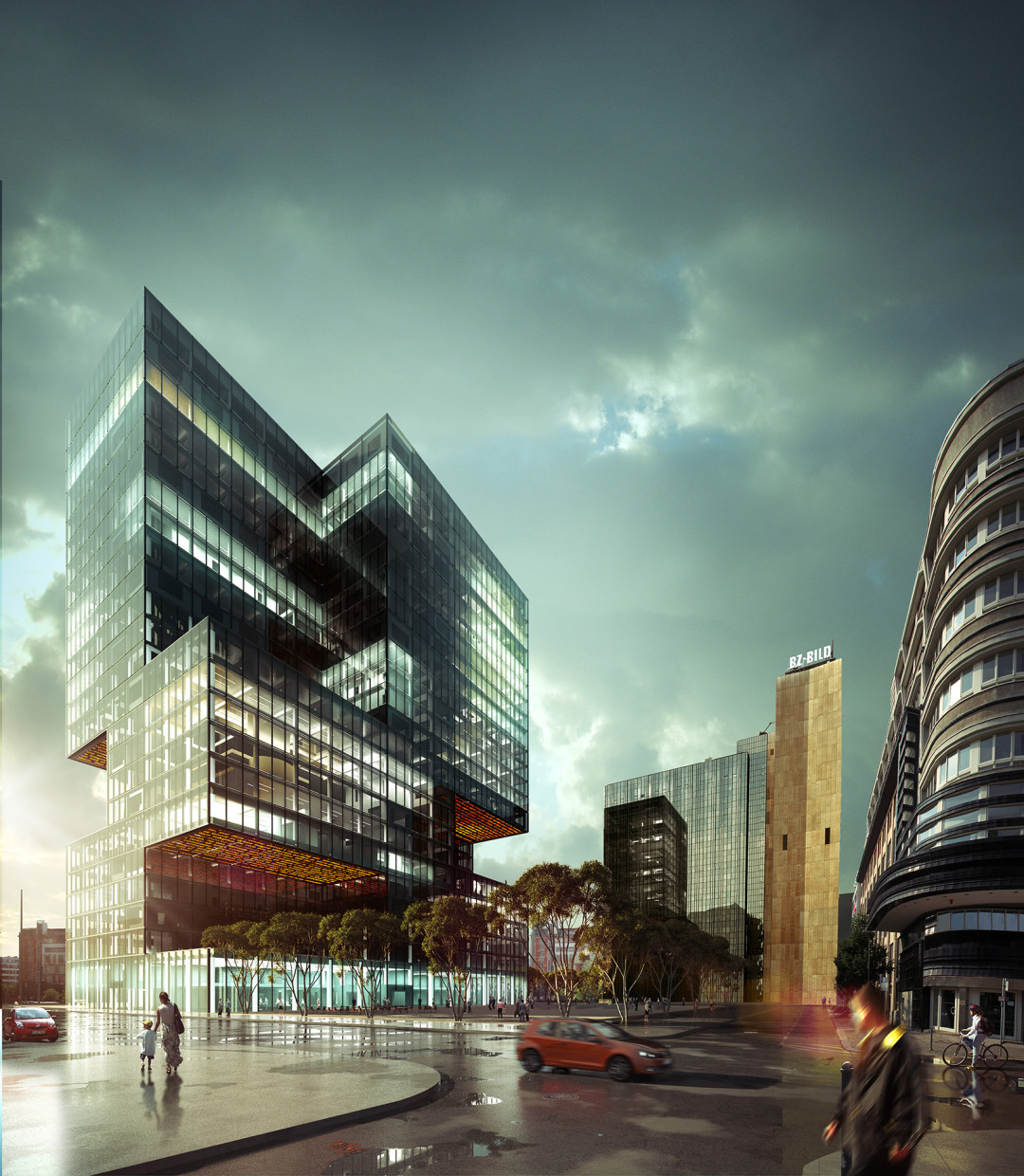 Our personal favourite of the exterior, being too dark for the architects. We personally loved the “miesean” feel to the fassade.

The building of the Axel Springer Media group has always been of special architectural significance within the german capitol. The shining, golden headquarter has for several decades been situated right next to the infamous berlin wall resembling a beacon towards the eastern part of the city. Rumour says that several highrisers have been constructed in the eastern sector during the cold war to shield the eastberlin citizen from this beacon.

We felt especially honoured to be trusted to take over the architectural visualisations for Formation A in the significant competition for the new headquarter. This new building resembles a critical step into the next age of journalism, since the media group sold several “traditional” branches recently before the competition. 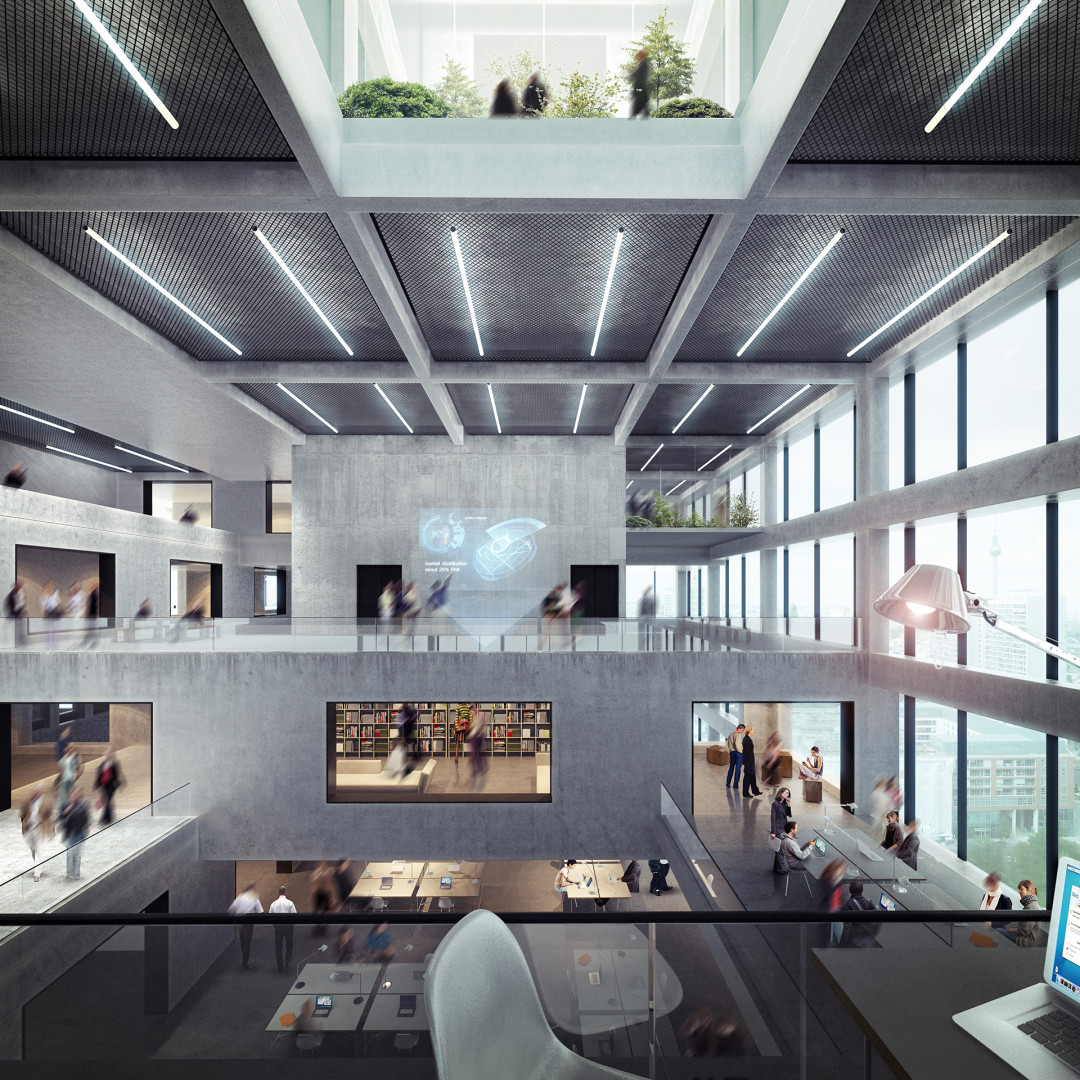 The interior shows all the intrinsicate spatial crossrelations of the studio

The new, digital orientation is reflected in the interior structure. A flexible framework allows multiple interior connections both vertically and horizontally, which could be easily rearranged within short time. A clear, unpretentious treatment of surface materiality is meant to encourage the new inhabitants to develop freely within the new headquarter.

Outside an open campus connects the various buildings of different journalistic generations. The facade transpires a high level of transparency keeping the framework clearly visible from outside. Generous courtyards allow for the upper levels outside recreational spaces.

We thank Formation A and Jens Casper for the great cooperation. 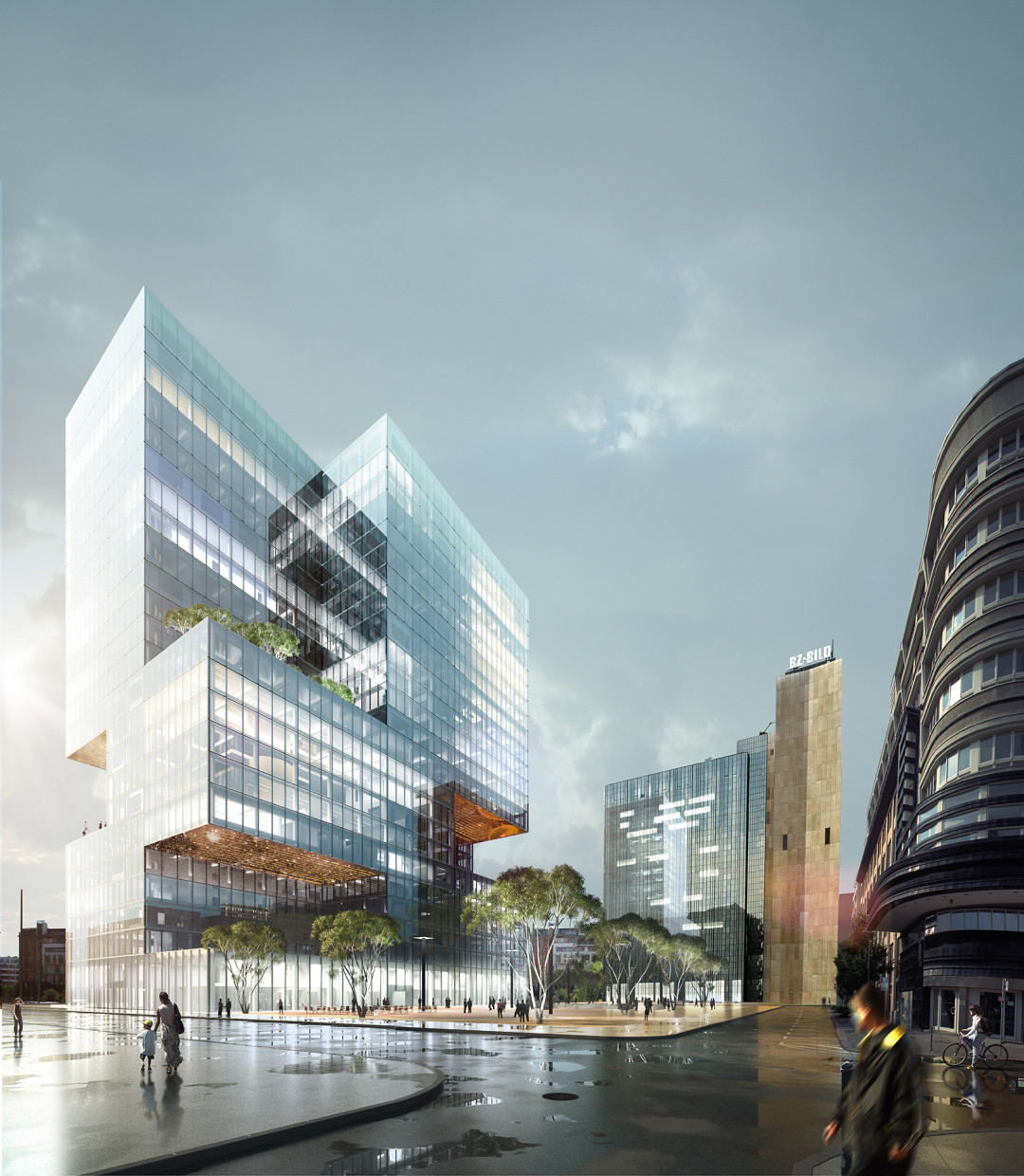 The exterior version which made it into the competition. The three visible buildings represent 3 different ages of journalism.

Architectural Visualisation for a competition entry