The animation bilbao was conceived as a side project we did in our studio a while back. Inspired by the work of Alex Roman we took up the challenge to animate a short tour around the Bilbao Guggenheim Museum of modern art. We intended to give our animation a fresh twist by showing the museum in context with surrounding artworks by Jeff Koons and Louise Bourgeois. Despite some technical challenges we hope that we could translate the light mood of this cultural highlight in the last rays of a summer evening. 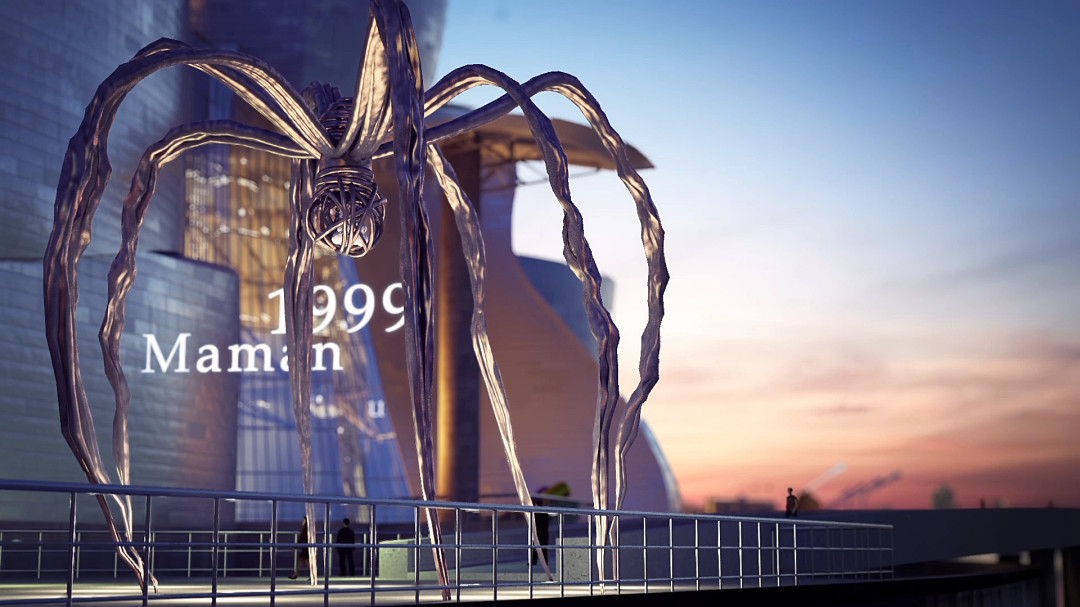 For people who know the location:
We took some artistic liberty with a few elements. We repositioned the dog and used some backplates that do not match the urban environment. Sorry, but we are just a little too far off for shooting fitting backplates ;) and hope that we still could catch the feel of the place fittingly.

Technical background info:
Obviously the special material of the titan cladding is a fair challenge to be reproduced in 3d-animation. The integration of 3d-typographie was a crucial aspect in this little exercise. These descriptive elements were added in 3d-postproduction and had to be combined with prerendered footage. Several camera-effects like depth of field were important to achieve the desired look and was achieved through a elaborate setup of 2d, 2.5d and rendered 3d-footage.

We hope you enjoy this 1 minute of Bilbao art-space.
Thank you for watching,
Team xoio, Berlin 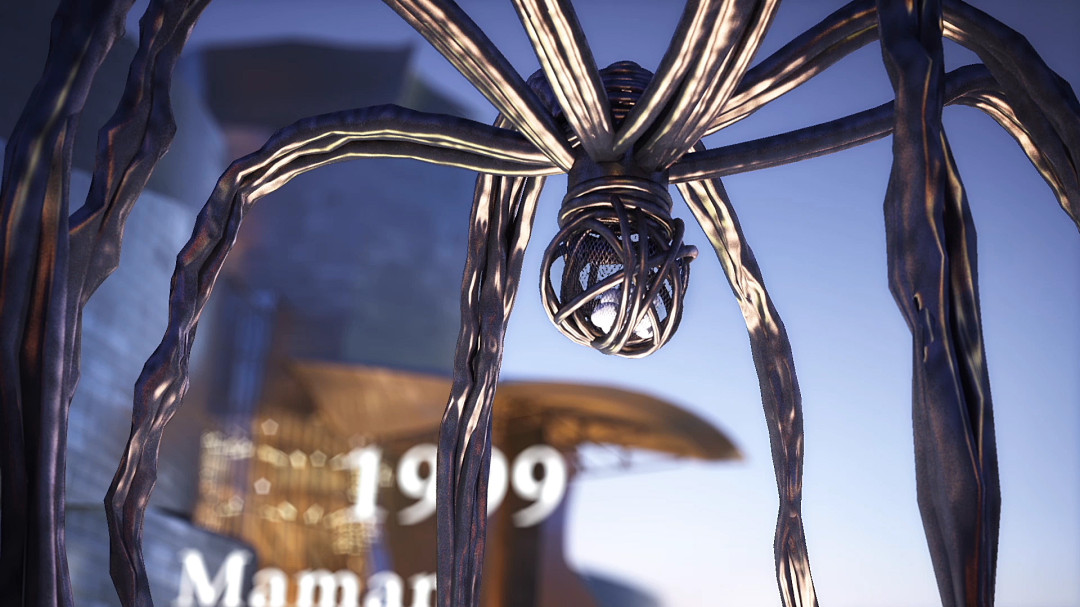 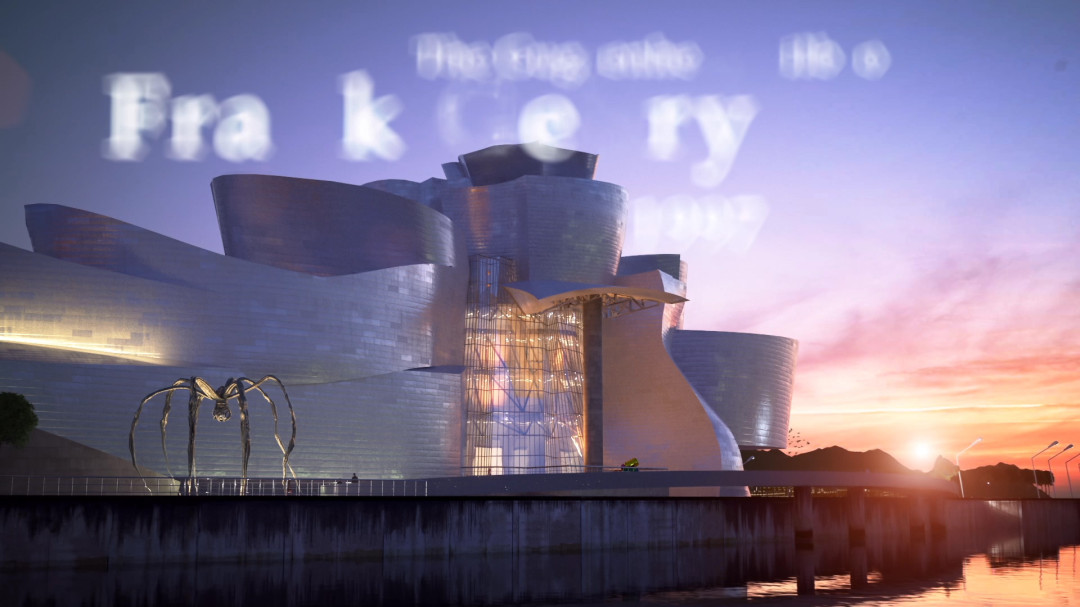 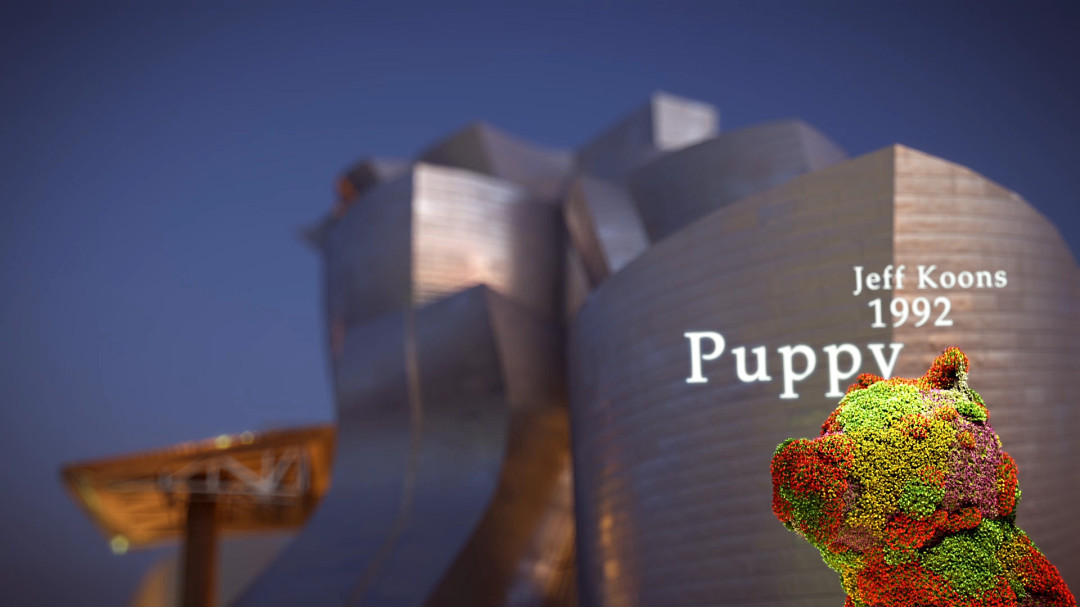 Animation "one minute of Bilbao"