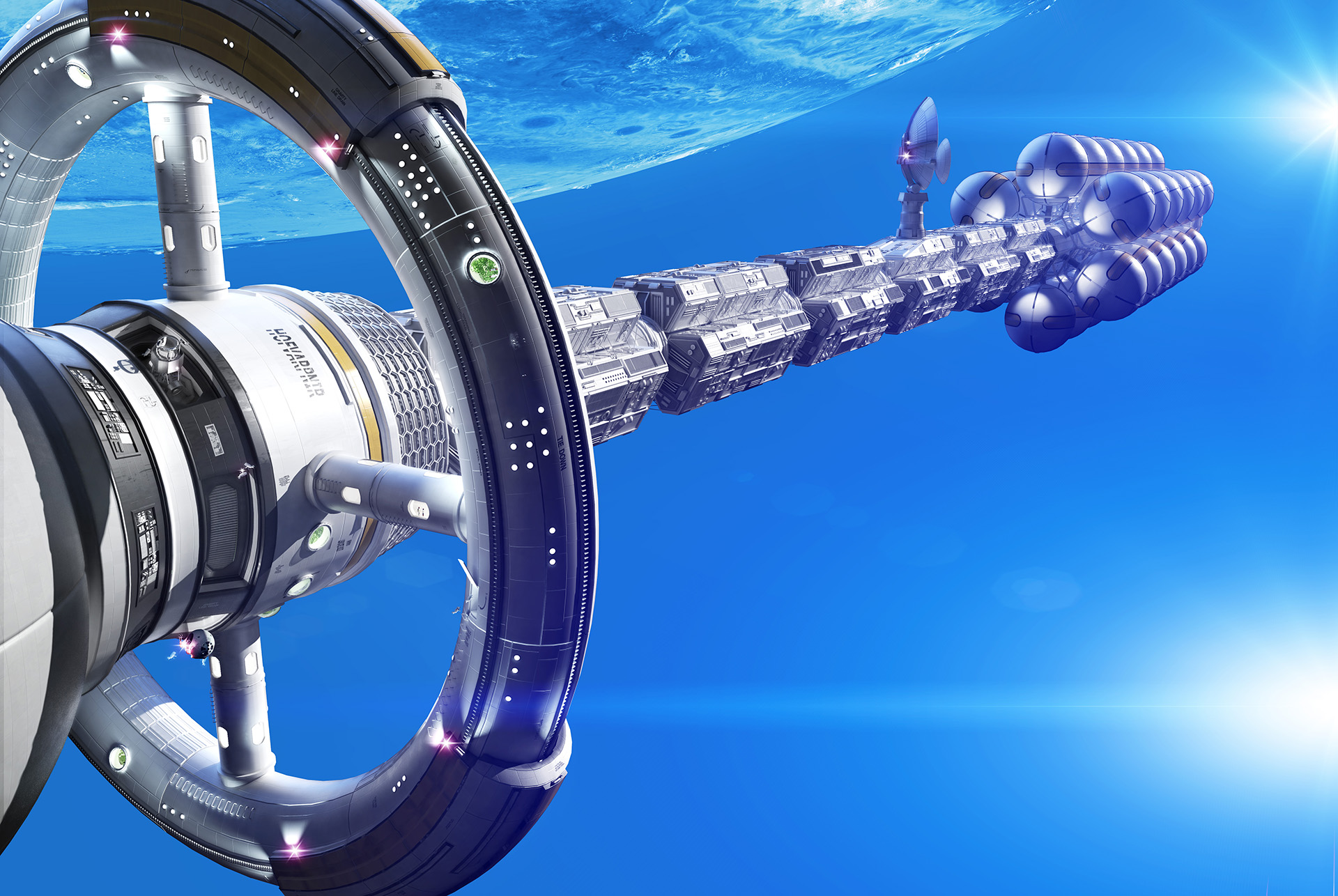 The „year 100 spaceship“ definitely ranked as a special project in our last year. The image was used as the hero image of this article. The “year 100 endeavour” set its goal to create a feasible conept for a spacevehicle with existing technology to reach other solar systems within 100 years. 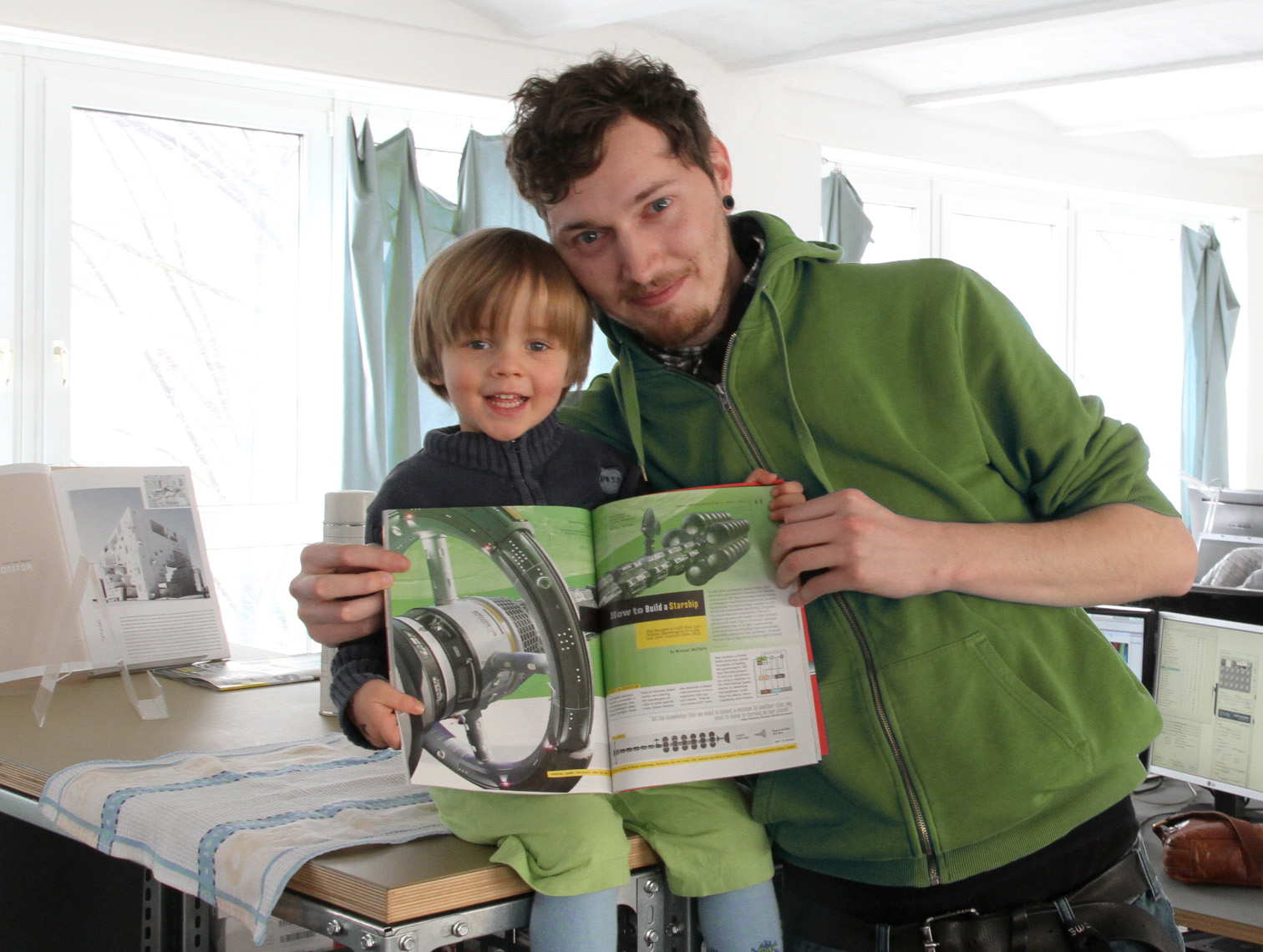 To illustrate this undertaking several concepts (Project Icarus, Project Daedalus, and others) were merged into the „Hof Vrapnir“ depicted in our illustration. The spaceship is of enormous size, containing several modules including an artifical gravity section as known from several SciFi movies.
Obviously this project was good fun, even within the short realisation of 3 days. Special thanks to Michael Lawton from Popular Mechanics for this great commission and the great cooperation. 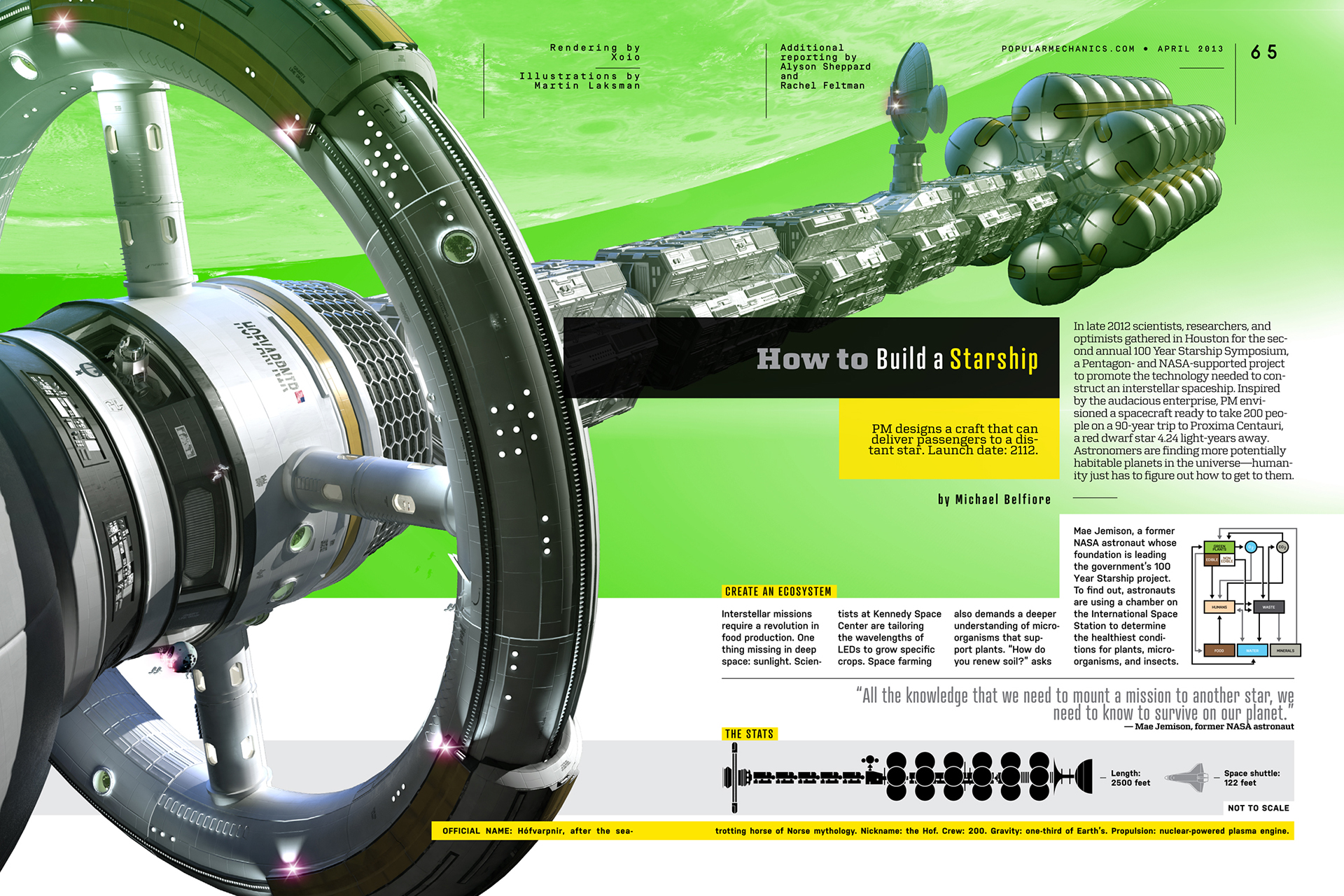